Opinion: Can the consumption of meat be morally justified? 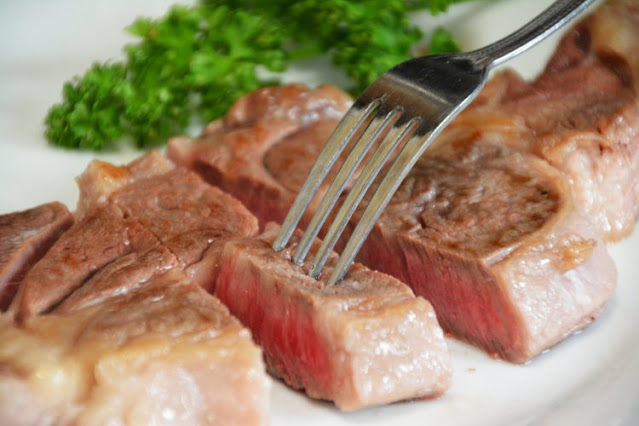 While meat is an important part of human diet, I believe that the consumption of meat cannot be morally justified in these days. I have three reasons to support my opinion.

Firstly, and most importantly, the amount of land and energy used for livestock farming is staggering across the world. According to a report by magazine Science, agricultural land used for meat, fish, eggs and dairy products accounts for 83% of the total. However, these products represent merely 5% of the world's calorie intake, which means an enormous burden on global environment. At the current rate, the global population is expected to reach about 10 billion by 2050, thereby it will be clearly impossible to feed such population with livestock industry.

The second reason is serious water pollution. Approximately 13 000 litres of water are used to produce 1 kg of beef, whereas maize requires only about 500 litres to produce the same amount. Additionally, according to a UN report, in most developing countries, untreated animal manure enters water used for human drinking, washing and bathing. These effluents also contain antibiotics and other substances used to raise livestock on small and unhealthy farms, so they could cause health problems in human body.

Finally, livestock production uses large amounts of natural resources, such as oil for boilers to heat barns. According to one study in the US, if livestock production were to cease altogether, farm greenhouse gas emissions would be at least 28% lower than they are today. Furthermore, approximately 75 000 km2 (= about 20% of Japan's total land area) of forest is lost worldwide every year, most of which is due to exploitation of land for livestock grazing. These factors have accelerated climate change.

In summary, although there is no doubt that protein is a necessary nutrient for human health, the impact of humans on the environment is enormous and if it continues, it will ruin the entire planet. For these reasons, the current excessive pace of meat consumption by us humans is ethically unacceptable.