Opinion: Is world peace an achievable goal in the modern world? 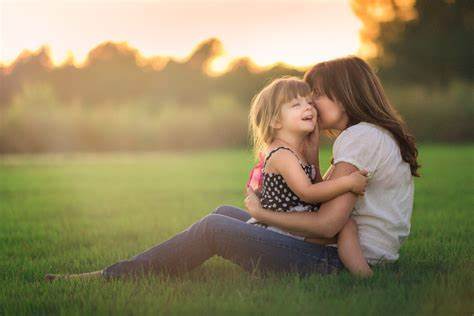 War is unacceptable for any reason.

I am against the war going on in Ukraine at the moment. I want the futile war to end as soon as possible. Many people in the West would agree with that. But do we, including the Japanese, know the real causes of this war?

Russia has cited the 'de-neo-Nazification of Ukraine' as one of the reasons for its invasion of Ukraine. However, Western media say that 'there are no neo-Nazis in Ukraine'.

Ukraine is a Western-oriented democracy'. However, when pro-Russian President Yanukovych, elected in the 2014 Ukrainian presidential election, was reluctant to join NATO, the US CIA orchestrated a coup that supported Ukrainian neo-Nazis. This was the Euromaidan Revolution. This was an uprising in which NATO intervened to eradicate Russian influence over Ukraine and provided arms and funds to the neo-Nazis.

The aim was to turn Ukraine into a puppet state loyal to the US government and completely insulated from Russia.

The neo-Nazi militia organisations implicated in the Maidan Revolution and grew in strength and routinised the persecution of the Russian population in Ukraine. This has continued into the current Zelensky regime.

Make no mistake: Zelensky regime is not a modern version of Hitler. We should stop using such easy metaphors, as they lead us to lose sight of the truth. The truth is that since the Maidan Revolution of 2014, neo-Nazi violent groups have been behind the scenes supporting the government's anti-Russian policies and the persecution of people of Russian descent.

As reported in the news now, Donetsk and Lugansk oblasts, which resist the Ukrainian government, declared independent republics in 2014 and have been in dispute, but in February this year the Russian Government recognised them as independent states. The close links between Ukrainians and Russians have in fact made it difficult for the Ukrainian Government to implement its policies: The reality that many Ukrainians speak Russian and are married to Russians makes it impossible to carry out anti-Russian and discriminatory policies.

Poroshenko, who came to power in Ukraine in 2014, used neo-Nazi militant groups  as an underpinning for the new Ukrainian government, taking the form of anti-Russian racism.

A point we should not miss is the fact that far-right militant groups such as the Azov Battalion, C14 and others have received military aid from the West, mainly the US. These armed groups operate openly in Ukraine and persecute the Russian population in the Donbass region. They are more violent than Ukrainian army soldiers, and yet they have state-of-the-art sophisticated weapons supplied by the US.

While the Ukrainian National Army is subject to various restrictions and regulations, neo-Nazi militias and armed groups are not, so they violently destroy the ties between Ukrainians and Russians.

Neo-Nazi activities incite anti-communist racism and Russia-hatred among ordinary Ukrainians. In collaboration with the government, they have elevated Stepan Bandera, an anti-Soviet Ukrainian ethnic nationalist leader who collaborated with Nazi Germany during World War II, to a national hero.

The Zelensky regime is despotic and corrupt, but on the surface it pretends to be a democratic state and there are no neo-Nazi elements in parliament or in the cabinet. However, neo-Nazis are at the heart of the structures that support the government. We must not overlook the fact that this 'double-fence' military structure is in place. A nationwide coalition of neo-Nazi militias with an obsession to persecute and kill Russians has supported state power throughout the post-revolution.

The fact that Zelensky is Jewish or a former comedian is well known through the press, but these facts have little to do with the current war. What matters is that the war was triggered by the fact that the Zelensky regime and the previous Ukrainian governments are anti-Russian and condone the persecution of people of Russian descent. Of course, the invasion of Russian troops is unacceptable, but we must learn the real background of this war and the sad fact that it is our country that is prolonging this war with military aid.

While condemning Nazism, the US and the West support neo-Nazis as long as it is in their interests. So, the "de-Nazification of Ukraine" of Putin's war is well-founded. Of course, that does not justify a series of military invasions. Russia, Ukraine and the other countries that militarily support it must stop this war now.